skip to main | skip to sidebar

The four type of Childhood Trauma

There are many different types of childhood trauma, and the specific types can vary depending on the individual and the circumstances. 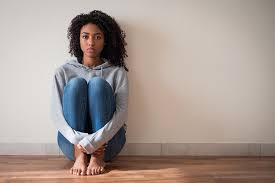 However, some common types of childhood trauma include physical abuse, sexual abuse, emotional abuse, and neglect.

Physical Abuss is any non-accidental physical injury inflicted on a child. This can include hitting, shaking, burning, or other forms of physical harm. Physical abuse can cause bruises, broken bones, internal injuries, and other physical harm. It can also lead to long-term physical and mental health problems, such as chronic pain, anxiety, and depression.

Sexual abuse is any sexual activity with a child, including touching, fondling, or intercourse. It can also include non-physical forms of sexual abuse, such as exposing a child to sexual materials or language. Sexual abuse can have a profound impact on a child's emotional and mental health, and can lead to problems such as post-traumatic stress disorder (PTSD), anxiety, and depression.

Emotional abuse is any behavior that harms a child's emotional well-being. This can include belittling, criticizing, threatening, or otherwise causing emotional harm to a child. Emotional abuse can be just as damaging as physical or sexual abuse, and can lead to problems such as low self-esteem, anxiety, and depression.

Neglect is the failure to provide for a child's basic needs, such as food, clothing, shelter, medical care, and emotional support. Neglect can have serious consequences for a child's physical and emotional development, and can lead to problems such as malnutrition, developmental delays, and mental health problems.

0 Comment "The four type of Childhood Trauma ", Drop your Comments